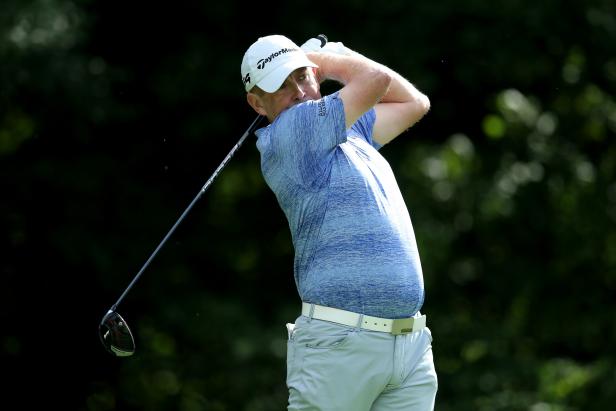 The 46-year-old Aussie played flawless golf in back-to-back Monday qualifiers for Korn Ferry Tour events, firing a pair of bogey-free 64s. So what’s the problem? He didn’t qualify. For EITHER tournament.

Thanks as always to Ryan French, AKA Monday Q Info on Twitter, for bringing this remarkable—and rough—story to light.

That’s 15 birdies and no bogeys over 36 holes, and it wasn’t good enough. Ouch.

If it’s any consolation to Allan, who won the 1998 German Open on the European Tour and has two career runner-ups on the PGA Tour, he wasn’t alone when it came to feeling low despite going low. Last week, Allan was one of four players to shoot 64(!) and not qualify. And this week, there were actually three players who shot 63(!!) and didn’t earn one of the eight spots up for grabs.

OK, so actually qualifying is probably the only think that could make him feel any better. So hang in there, Steve, keep shooting 64s, and one of these weeks you’ll qualify. Maybe.